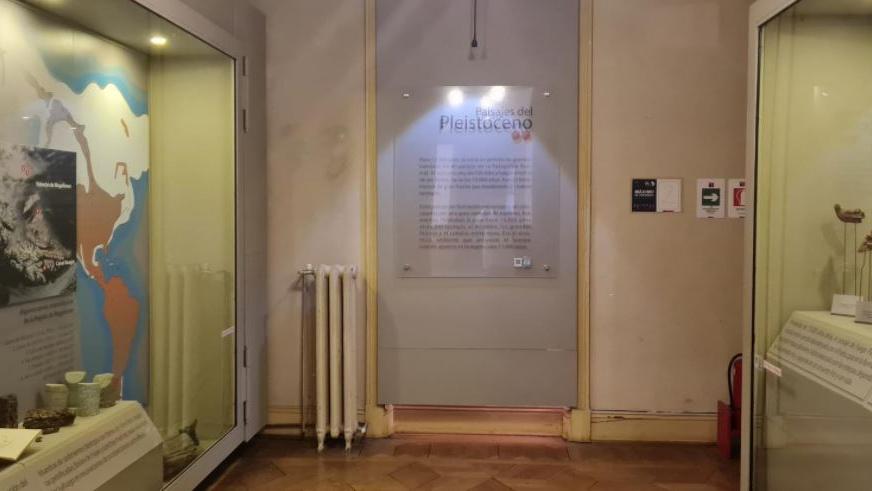 The Fuego-Patagonia prehistory generally begins around 11,000 to 12,000 years ago, towards the end of the Ice Age, with the arrival of the first bands of land based hunter-gatherer to Ultima Esperanza, Magallanes and Tierra del Fuego. Then, there were land links across the region and a greater mass of ice in retreat. It is believed that the Strait of Magellan opened some 8,000 to 9,000 years ago, while the formation of the Beagle Channel is a little more recent.

The late Pleistocene landscape was different from now: today's glaciers are located in the Andes mountains stretching to the east, inland, and there were large lakes in central Magellan Strait, Otway’s sea and Useless’ bay, while the Tierra del Fuego was connected to the mainland via a land bridge. The remains of the passing of former inhabitants have been preserved in many caves and overhangs in the region. In these areas, through systematic archaeological excavations have been able to recover evidence of human work on various rocks and bony elements useful in the design of their instruments, as well as skeletal remains of preys that were consumed.

The satellite map we can see, show the areas inhabited by animals of the time.

In this same case we can see remnants of the Sabertooth Tiger (Smylodon), bones of Milodon (Mylodon darwini), remains of American Horse’s Jaw (Hippidion) and a femur of the Bear (Arctotherium paractotherium), which is one of the few traces that demonstrate their existence in southern Patagonia.

Given this case, we find maps showing the formation of the territory and its vestiges, such as these sediment samples (cylinder shaped controls), petrified wood, fossils of leaves and shells, all found in excavations of oil exploration.